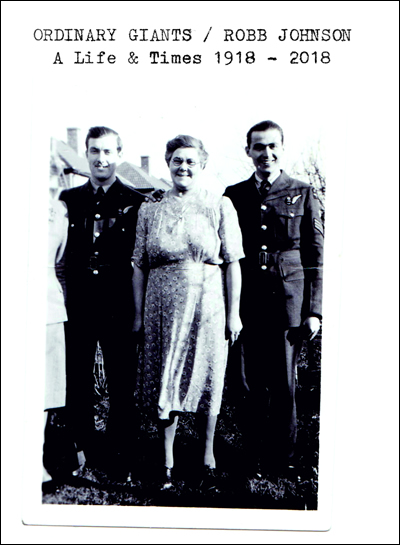 New dates for Jan 2022 to be announced soon.

Robb Johnson is one of Britain’s foremost singer-songwriters. He’s known best for song cycles, which set the lives of his ancestors within the world of their times. Gentle Men, for example, was about his two grandfathers during and after World War One. Robb blends the personal with the political through gorgeous songs.

His latest piece is Ordinary Giants, telling the lives of his father and his uncle: from humble beginnings in Fulham after World War One, moving to new suburbs in Heston, fighting in World War Two, then building the welfare state after the war. It’s a big work: three CDs, heaped with amazing songs and readings, performed by an eclectic bunch of performers, including Phil Odgers, Tom Robinson, Miranda Sykes, Boff Whalley, Claire Martin, Dennis Skinner (yes, him, and he sings!), Frances O’Grady of the TUC, Steve White, and Roy Bailey, who sadly died just before the album was launched.

Robb asked me to play his Uncle Ernie. ‘He’s a Tory, I hope you don’t mind’, he said. Of course I didn’t. It was a chance to sing four of his songs, progressing from teenage tearabout in the Heston suburbs to RAF groundcrew during WW2, Gilbert & Sullivan chorus member and respectable suburban conservative. I loved it. 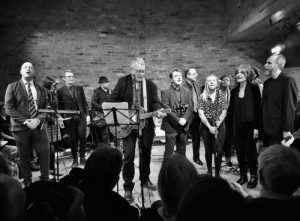 In November 2018 we launched Ordinary Giants with a wonderful gig, featuring many of the musicians on the album. Here’s a great review of the show. You can read more about the project on Robb’s website.

Finally, here’s a pic of me singing The End of the Day. By now, Uncle Ernie was a bitter, gin-soaked regular at Ronnie Scotts. As Robb says in the album notes, ‘Ernie was one of those people whose great expectations never quite materialise. He never did get that named role with Hounslow Light Operatic Society and, being such a big-hearted character, I can’t imagine he felt comfortable when his conservative expectations got materialised by Thatcher.’ 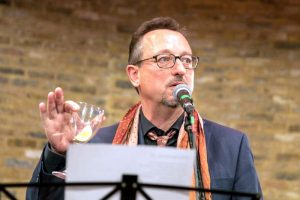